The DL on PRP treatment

As an orthopedic PA and a competitive runner, I've been asked a lot of PRP as a treatment modality for tendon, muscle and ligament injuries.  Therefore, I thought I would give everyone my professional opinion.

First, what are platelets?  Platelets are found in your blood and aide in the clotting cascade when there is injury to a vessel.  If someone has too many platelets they are at an increased risk of developing blood clots verses someone who has too little platelets.  If an individual's platelet level is low, he or she will have trouble clotting and may experience increased bruising, nose bleeds, etc. 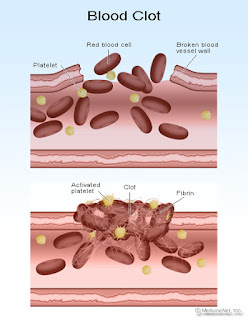 
injection of one's platelets into an injured area has been around for a couple of decades now.  However, there is no great evidence that this is a quick fix or cure for sports related injuries.  Blood is drawn from the patient, centrifuged down and the platelets are then injected into the site of injury (usually under the guidance of ultrasound).  The thought is that the plasma contains growth factors and proteins that are needed in the repair of tendon, ligament, muscle and bone injuries.  There is however limited evidence to support PRP therapy in the treatment of soft tissue injury.  The other thing is this treatment is expensive!!!  About $600-$1,000 per injection and 2-3 injections are needed.  The other thing to think about is the injection itself is putting a needle into the site of injury, which alone will increase blood flow to that area.  This is the same concept behind dry needling, so if you haven't tried that how do you know that isn't what helped (if it does help). 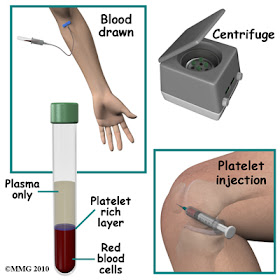 Risks: in general the risks are minimal.  As long as you don't have any crazy hematologic issues and have exhausted everything else, it can't hurt.  I'm not saying it will help though!


I feel this is a benign option for someone that has exhausted all other treatment options.  This includes time off or activity reduction, FULL therapeutic dose of NSAIDs, dry needling, physical therapy, ice, etc.  I understand what it is like to want to return to your sport and being sidelined, but just know it really is a last resort and nothing is really proven. 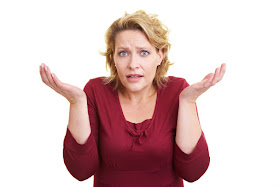